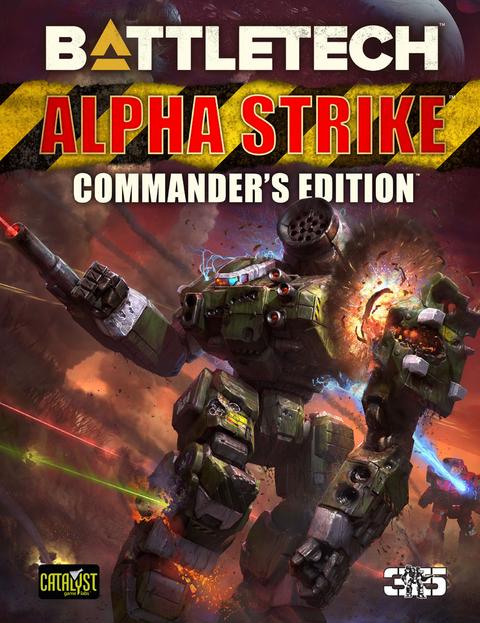 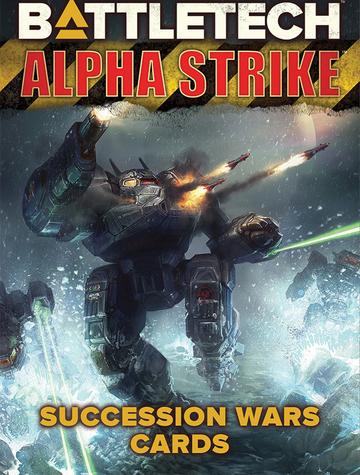 BattleTech: Alpha Strike is an additional rule set for the game BattleTech: A Game of Armored Combat. It provides players with simplified, streamlined rules that make combat faster and easier for players.

BattleTech: Alpha Strike makes the game of BattleTech easier to learn for new players as well as makes large-scale battles between multiple lances of units faster to play. It is excellent for new players and veteran players looking for more Mech on Mech destruction.

We hope you love the products we recommend! So that you know, we may collect a share of sales or other compensation from the links on this page. Thank you if you use our links. We really appreciate it!

BattleTech is a tabletop wargame that has been around for decades. It’s a fun and complex game with an incredible depth of strategy, but it can be a bit daunting to learn the ropes. Alpha Strike is an excellent solution for new players who want to get into the game without being overwhelmed!

This review will help you understand whether or not this is the right fit for you as well as provide some detail on what makes Battletech: Alpha Strike such an engaging experience.

What is BattleTech Alpha Strike?

Alpha Strike is an expansion to the BattleTech tabletop miniatures game that allows players to recreate skirmishes of varying sizes using slimmed-down BattleTech rules. Designed for quick play sessions, Alpha Strike brings all of your favorite weapons and ‘Mechs on-table with none or minimal rulebooks required!

First published by Catalyst Game Labs in 2013, it’s great as an introduction into the world of BattleTech. BattleTech Alpha Strike can be used with the paper miniatures included, but it is a lot more fun with either one of the BattleTech Boxed Sets or Force Miniature Packs.

The game is easy to learn and play

The game is easy to learn and play with a minimal time commitment. This makes it great for playing one-off games or in between more intense sessions of your favorite RPG, board/card strategy title, etc!

The mechanics are simple enough that you can get a feel of the basics on day 1 but have some depth if played over days or weeks without feeling repetitive. In Alpha Strike, players take turns duking out mechs until all their opponents have been taken down by either destroying them outright through excessive damage or forcing their retreat.

With a similar play style to the Mechcommander video games, Alpha Strike is designed to allow large unit battles while still keeping the gameplay fast and fun for all players. While based on the classic BattleTech game, it definitely has its own style and is a great game for any wargamer to try!

It can be played in an hour or less

It can work as a short game, or be expanded to go up for hours. It takes out a lot of the micromanagement of classic BattleTech, while still keeping the feel and fun of Mech combat.

If you are looking for a game with tons of mechanics and details, this isn’t the one. But if like me you’re just interested in some quick mech combat fun without all that extra stuff cluttering it up – Alpha Strike is perfect!

This wasn’t my first BattleTech experience ever but overall found myself really enjoying how easy everything seemed while still keeping its core complexity intact. There are plenty of moments when intense decisions needed making on both sides.

A vast amount of units available

The sheer amount of units you get to choose from is amazing with BattleTech. You have your brawlers that want up-close combat – a close-range weapons platform for tearing through enemy armor in the open field; you also get lumbering behemoths who excel at long-range engagements such as artillery units or sniper support platforms on top hillsides overlooking battlefield terrain.

Each unit gives you a unique tactical advantage against your opponent, making you choose units that work well with each other will forcing you to use the battlefield terrain to your squad’s advantage. You can also create combined arms forces once you delve deeper into the game, teaming your Mechs with tanks and infantry to give yourself more flexibility on the battlefield.

What do you need to play Alpha Strike

Because Alpha Strike is an expansion to the standard BattleTech game, you will need either the BattleTech Beginner Box set or BattleTech: A Game of Armored Combat Box set to get the full experience. These will give you all the ‘Mechs, dice, and unit cards you need, but the Alpha Strike rulebook does come with paper cut-out mechs, terrain, and unit cards if you want to get started right away.

Dice: At a minimum, you will need at least 2 six-sided dice that can be shared between the players. But I highly recommend each person have at least 6 dice each because it will cut down on the number of re-rolls when it comes to things like firing a cluster of missiles.

Miniatures: Of course you want to have miniatures, that’s what makes wargaming so fun! But you can also play using “proxy” minis such as toy robots, chess pieces, or just pieces of paper with the Mechs name on it. As long as the players agree on what to use, it’s about having fun.

Unit Cards: The Unit Cards show you want weapons your Mech has, how much it can move, and how much damage it can take. The great thing is that they are small and compact, providing everything you need in a small card and not requiring you to have a big data sheet for each unit.

Tape Measure: You’re going to need to measure out things like movement as well as weapon ranges to even be able to hit your opponent. A tape measure is a preferred method because it roles back into itself for a convenient package, but a measuring stick could be used as well.

Tabletop and Terrain: You will need a place to play your battle to take place! Whether that is a special game table with custom terrain pieces, a table with some empty boxes as buildings, or a floor with some paper with terrain type written on it to make “proxy” terrain, it is up to you.

The BattleTech Alpha Strike game is an excellent buy for anyone who wants a quick introduction to the tabletop strategy genre. It’s easy to learn and doesn’t require many pieces or table space, but it will still give you hours of fun as you battle your opponent in either small-scale skirmishes or massive wars! If Alpha Strike piques your interest, check out my supreme guide to BattleTech here.

Hi! I'm Jason, the guy behind Alpha Strikes. I've been in love with miniature wargames for more than 30 years, even more lately. It has become my mission to spread my love of wargames to new players. I hope you enjoy the site!
Articles: 3